Laurence learned to throw pots on the wheel in workshops in the Paris region. She graduated at the CNIFOP. She stopped working as a journalist and moved to La Borne in 2017 with a chunk of clay replacing the quill. Firing with wood at the Astoul workshop overturned all her preconceptions. Clay is able to translate her emotions through impulsive, intuitive gestures. Discovering letting go accompanies the freedom of the unconscious. Laurence can contemplate a sculptural direction, and continue the exploration of slip, of the infinite universe of glazes, mirroring the original Big Bang.

She fires in the electric kiln in the winter. In fine weather, the small wood-fired kiln, where there is one firing after another, turns emotions into something more mineral. Better than discovering America is the fabulous discovery of clay in the palm of your hand, pottery and its world that is so very human. 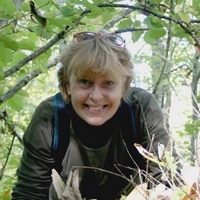